The LCC girls soccer team knew that scoring would be an issue when junior Cam Rice went down with a season-ending knee injury before the season started, so an emphasis on defense became a necessity for the young team. And that defense came up big on Thursday as the girls opened WOSL play with a 0-0 tie against Botkins. Led by goalkeeper Madison Stolly and defenders Carla Caprella, Mikaela Dahill and a host of others, the defense kept Botkins off the board. At the other end, Avery Rice, Sam Koenig and Emma Baumgartner were able to get a few good runs at the goal, along with a couple close corner kicks, but were unable to put the ball in the net. The tie keeps the girls right in the hunt for a West Ohio Soccer League title, where they finished as runners-up last year. But their next game is a tall task when they travel to Sidney on Thursday to take on last year’s champs, the Lehman Cavaliers. 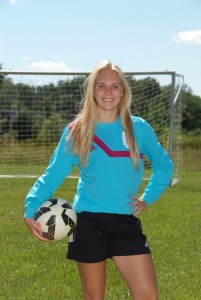 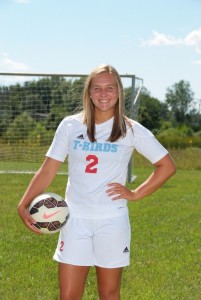