OTTAWA – To be the best you’ve got to beat the best and the Lima Central Catholic volleyball team will get that chance at 6:30 p.m. Thursday in the Division IV district finals.

The T-Birds advanced to meet number-one seed McComb (24-1), which blew past Pandora-Gilboa by scores of 25-4, 25-7, and 25-11 in the first game Tuesday night at Hermiller Gymnasium.

The T-Birds (18-7) got off to a slow start and had troubles the first set with both their spacing and passing games and the Vikings took advantage as they rolled to the first set win.

“Leipsic (18-7) came out fired up and doing good things,” LCC coach Wes Horstman said. “Fortunately for us every set comes to an end and you go on to the next one with the score 0-0.”

Maybe the T-Birds got over a case of jitters, but whatever the cause of the first set problems, LCC bounced back and evened the game when they took the second set by a 25-16 margin. The T-Birds used a 14-2 run that put them up 23-10 to grab control of the set.

“Volleyball is a game of errors,” Horstman said. “In the first, we made them, but, in the second we powered through.”

The third set was back and forth the entire way and was tied at 24-24 before LCC stopped a Vikings comeback attempt and grabbed control by scoring the final two points to grab a 26-24 win.

The T-Birds seemed to have a burst of confidence after that set and fought their way to a 25-20 victory in the fourth set to grab the game 3-1 and earn the right to advance.

LCC had great balance on the front line but were led by the effort of senior Lauren Dardio. Dardio totaled 14 kills and 19 digs to pace the T-Birds. Ellen Dee with 13 kills, Ava Nieman with 8, Ella Delamotte with 7 and Mornay McBroom with six were all strong at the net.

“Defensively we made some real good hustle plays that turned into points for us,” Horstman said. “We have been in tight games this year versus some quality opponents so the kids are confident they can win the set.” 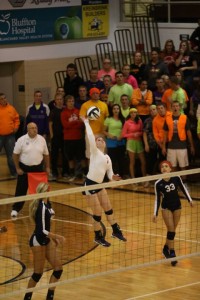 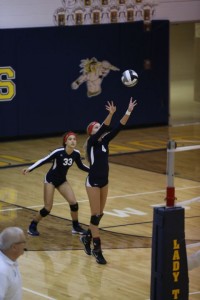 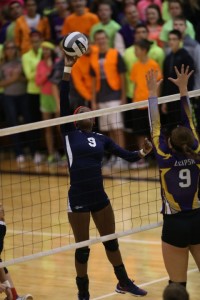 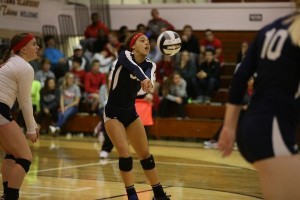 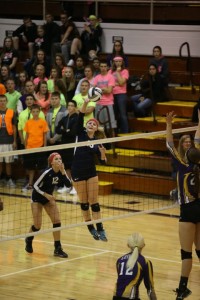 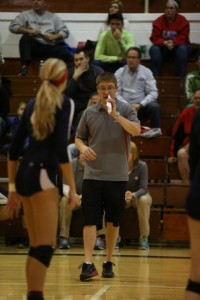